Loving raw food? Want to be part of a movement that positively impacts the world? 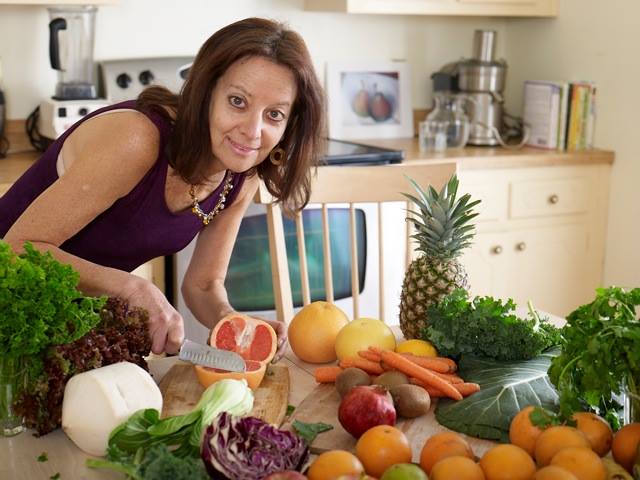 Take the Course That Will Change Lives

Creating a healthy lifestyle prior to and during pregnancy and when raising children, as prevention and establishing the best relationship with food from a young age.

Standing for the rights of animals and a pollution-free environment is the ethical and conscious way to make real progress. Help others understand why.

What are the health challenges we as coaches confront and will need to solve? Study the resulting realities of mainstream food production.

Learn how a well planned raw food diet can prevent and reverse disease. Explore in-depth information on the how-to’s and the reason for a wholesome plant-based and raw food lifestyle.

Understand the strategies and benefits of a successful raw food diet on a daily basis. Learn all aspects of a vibrant, sickness-reversing lifestyle for all ages and times of life.

Read More About the Course

Bonuses Included with the Course

With the course you will receive Karen's two books along with the Course Study Guides: Raw Vegan Recipe Fun for Families and Creating Healthy Children. 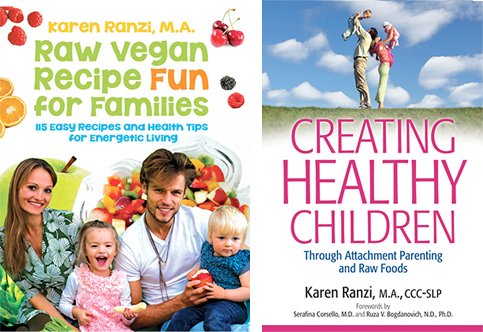 Focused coaching session reviewing the Course material and the marketing strategy for your business. 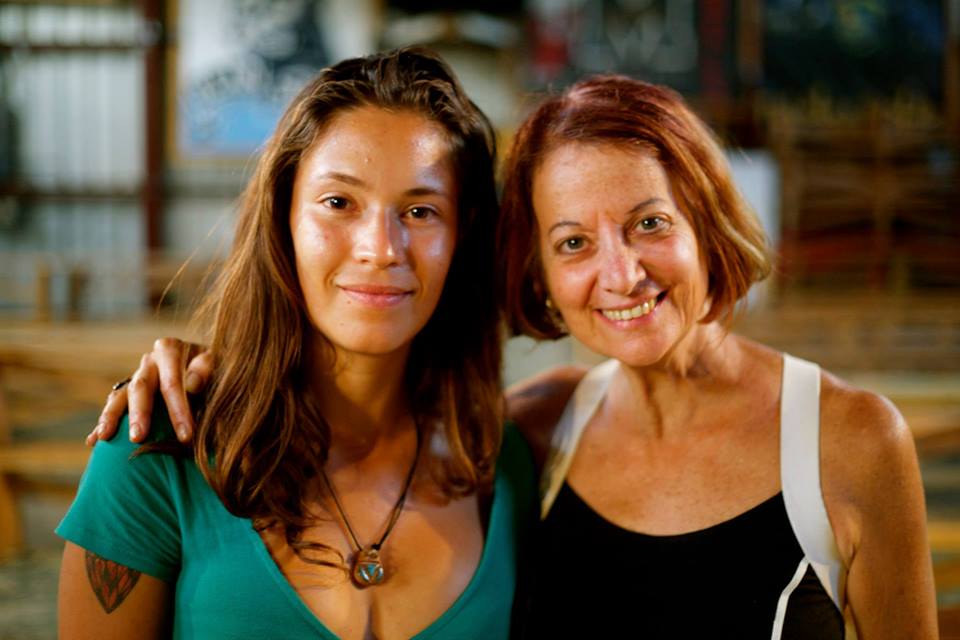 Weekly Q & A and Information Updates with Karen 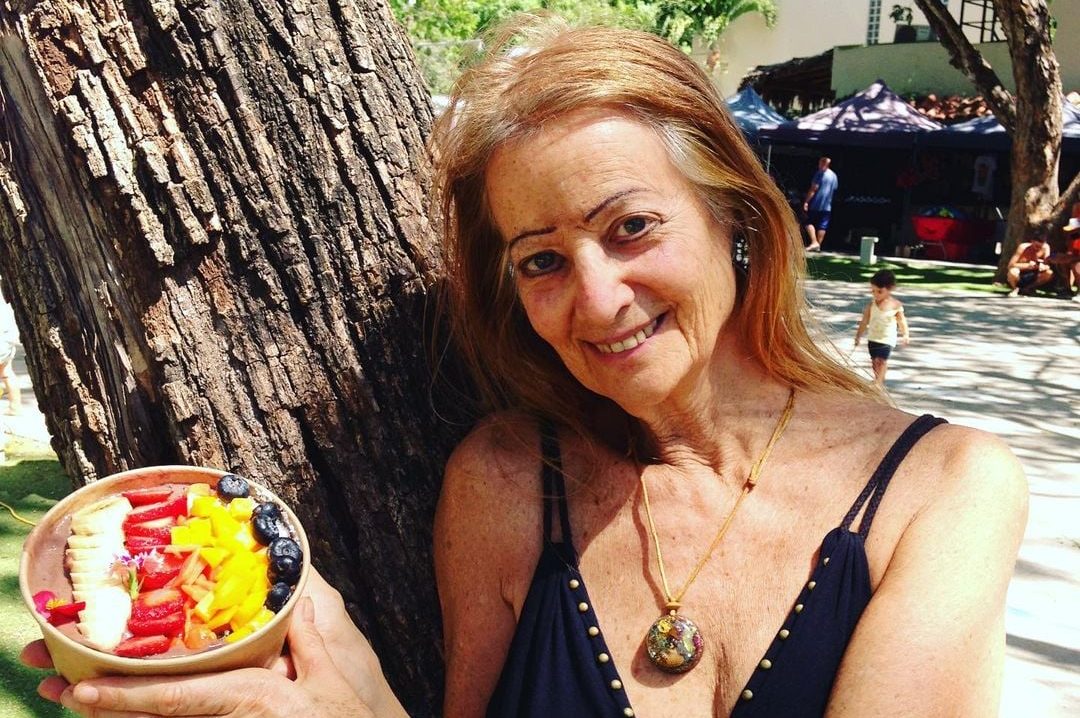 become part of a global movement

Ready to have a rocking career? 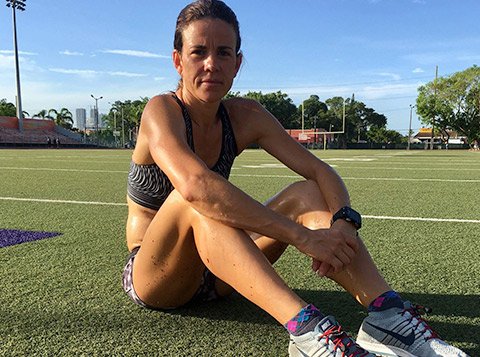 Karen’s Raw Vegan Coaching Certification Program is a wonderful learning experience with great content into the raw food lifestyle. Karen keeps it simple, easy to learn, and touches on an array of very interesting topics.

She shares lots of additional information from articles, superb interviews, videos and her book “Creating Healthy Children” that bring in-depth content about the raw vegan diet. I absolutely enjoyed it, and feel empowered by what I have learned from this program. And on top of that, Karen is always available for answering questions and/or clarifying any doubts. 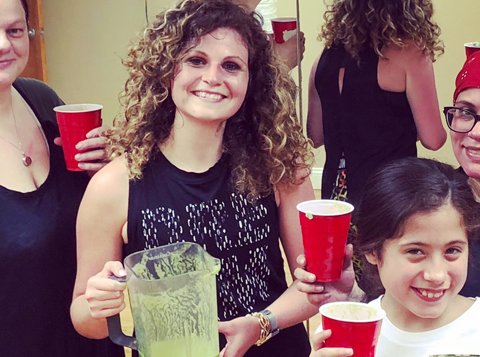 Karen offers a comprehensive approach to raw food coaching through a structured curriculum, revelant informational study, and supportive mentorship. I recommend this course to aspiring nutrition coaches, whole food enthusiasts, or families seeking lifestyle solutions for weight management, energy, vibrancy and the prevention of chronic disease. After receiving my certification, my friends call me their “nutrition guru;” I am empowered to motivate and inspire others to make informed choices about their health. 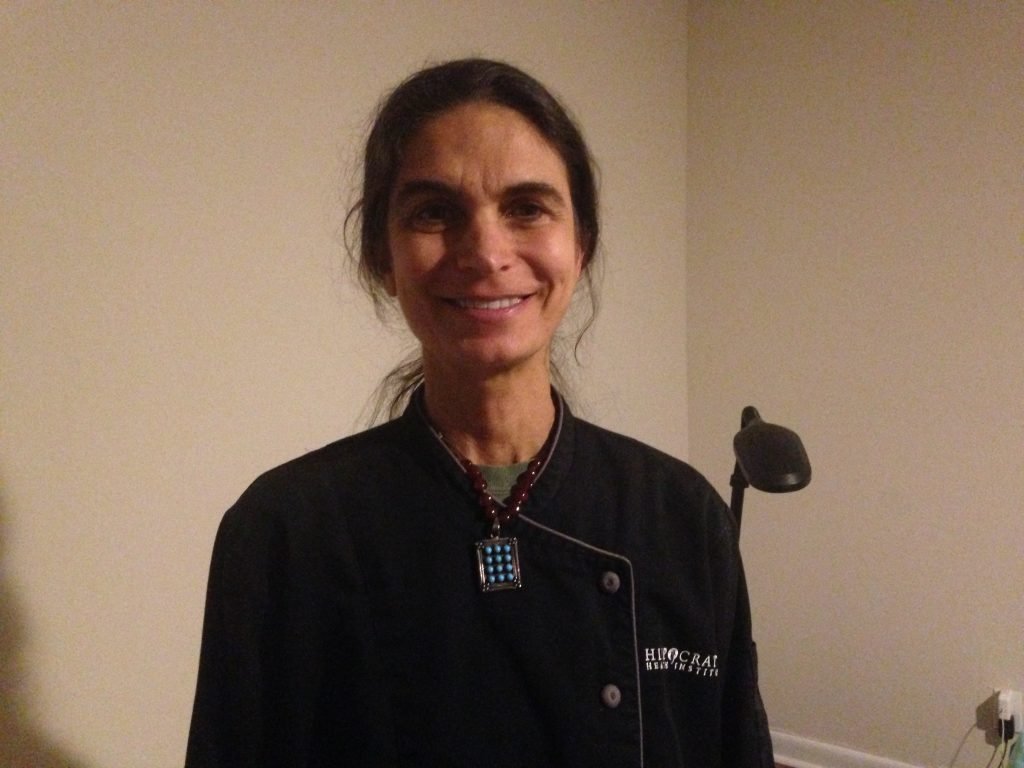 The content of Karen’s course included every aspect necessary for health and happiness. It was clearly explained how we can benefit from all nutritional factors, plus adequate rest, sleep, exercise, and above all a positive outlook.  Thank you for the highest inspiration and flexibility that helped me, as a student, feel supported and nourished.

Thank you for patience in answering all questions when necessary. I found the emphasis on the raw vegan lifestyle and listening to the recommended CDs on love and happiness very valuable toward the sustainability we’re seeking from this course. We receive the essential support during our psychological and physiological transformation. 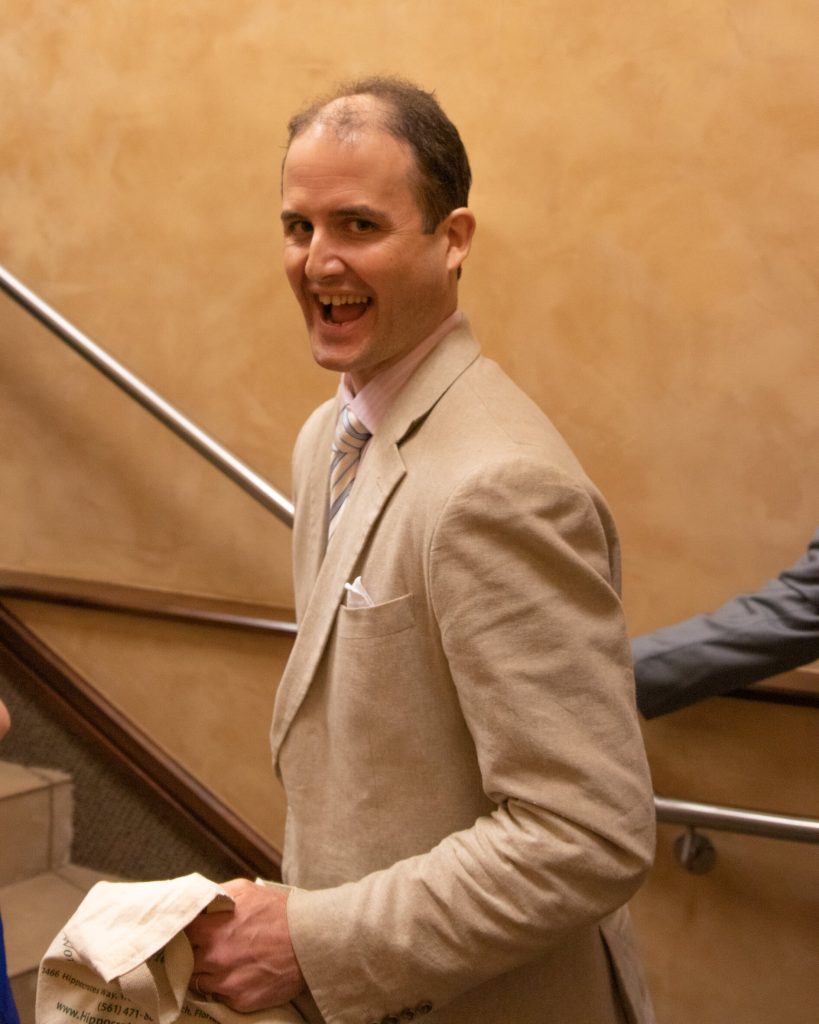 Recently, I have completed Karen Ranzi’s Raw Vegan Coaching Certification Course. The course progressed through four modules that encouraged me to re-derive the reasons why I became a raw vegan. It also awakened in me the ambition to reach out to people interested in pursuing a healthy lifestyle and the enthusiasm to teach people already starting a raw vegan lifestyle how to continue with it.  Initially, I was interested in taking Karen’s Course because I wanted to learn how to direct my zeal for the raw food lifestyle into making a home raw food business, with the goal of someday being able to have that as my primary source of income.
In the course, I learned much more than previously known about the health benefits of being raw – for example, about health problems like ADHD and Acute Autism being linked to poor health standards instituted by the Standard American Diet and other unhealthy practices.  I learned much more despite the fact that over the course of many years of being a raw vegan myself, I read many books and consulted with raw vegan professionals.  I also learned how to put my ideas and effort into creating a business, and the hardest part – how to get known, publicly.  Praise to Karen for her education expertise, her guiding support and ability to provide answers to many questions both during the course and ongoing.
I am proud to have spent a considerable amount of time on the course and attaining certification from Karen. Now I can add that to my resume and put to practice the skills I learned about building a business, so I can earn an income from what I already do everyday naturally for myself and my family.  I strongly recommend the course to anyone who would like to increase their knowledge about raw foods and embrace a raw vegan lifestyle with benefits that come from living to their full health potential.  Also, I strongly encourage those seeking to put their healthful living practices into a business model to pursue a certification course with Karen.  Thank you very much Karen for your patience, timely knowledge and encouragement. 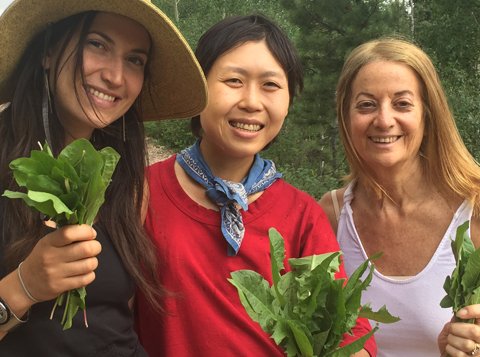 During Karen Ranzi’s raw vegan course, I began on a new journey. It wasn’t just about changing my diet but changing my point of view and lifestyle. Now, I’m more equipped to solve problems in different ways. When facing challenges, Karen’s sensible professional advice helped me a lot. My health is elevated to a higher level through scientific nutritional studies put into action with love. I’ve begun sharing my wellness with others. I’m immensely grateful to have taken this course with Karen. 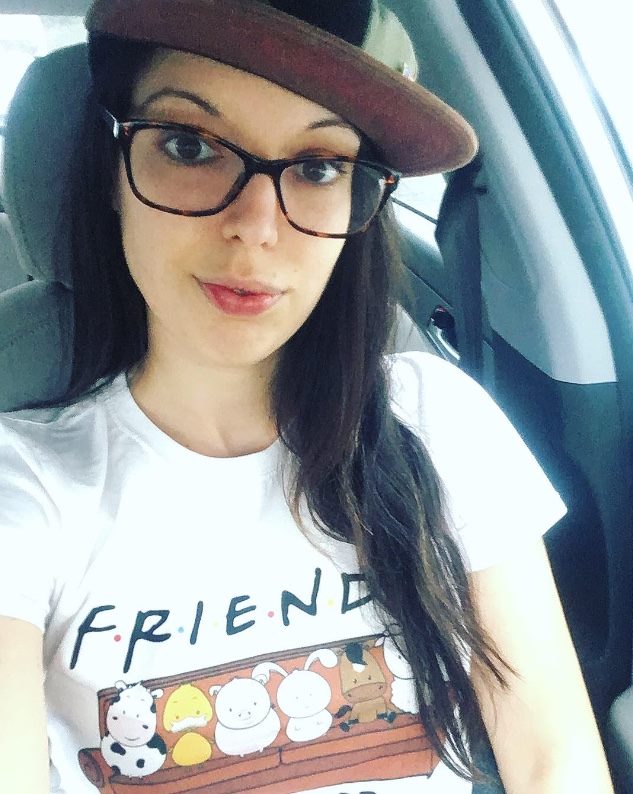 I have for a long time had an interest in healing myself and helping others to heal through raw foods, however I did not feel I had a thorough enough understanding in order to feel confident in helping people. Thanks to Karen’s Course I am aware of the various obstacles one might face while transitioning to a vegan and raw diet and lifestyle, such as trouble absorbing nutrients and finding enough simple and satisfying recipes, and know how to work with clients to help them maximize their health on their own terms. I also learned many tips and tricks that helped make the lifestyle easier for myself as well, such as proper food combining rules as well as personal health tips that reach aspects of life beyond diet. I am so thankful to Karen for helping me reach this new chapter in my life where I can live more purpose just by sharing what has helped me to heal. 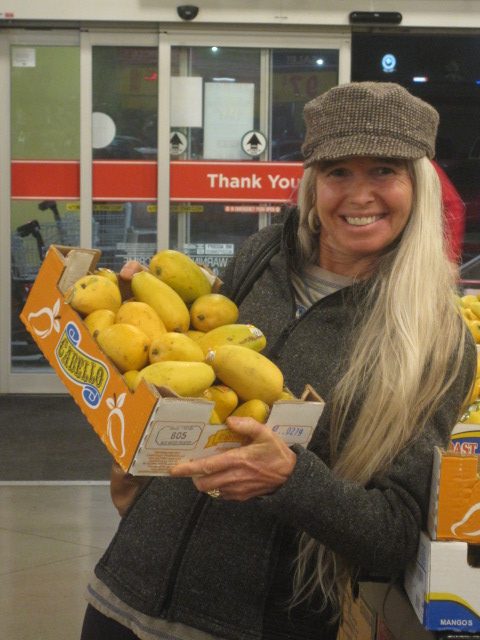 ~ Feather Smith, Colorado
I made the choice to take this course to gain more knowledge to better serve others and to try to figure out what I could be doing that was causing me to have symptoms. I found your certification course to be extremely informative and as I delved deeper into the topic of histamine, I discovered that this is what was causing my symptoms. Working with you Karen has been pleasantly refreshing, supportive and deeply nourishing. As you know, I have been struggling with symptoms for some time now. Through your support, patience and your certification course I have found the clarity I needed to confirm and strengthen my belief in the raw vegan lifestyle. I now feel qualified and fully prepared to help others have a better quality of life.. Thank you for being such a beneficial presence in my life. Your support was exactly what I needed. 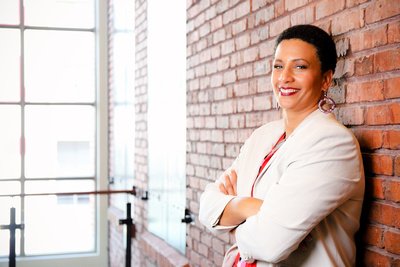 This course helped me in my own personal challenge to stay raw. I really loved the content that was provided in the Course. I appreciated how you incorporated video links and information to the web inside each module; it is such a wealth of information. I’m pleased and grateful and wish I knew you years back (to find out about raw vegan earlier in my life).

Sidenote: I loved your books as references as it encouraged me to read the books in their entirety.
I loved the simple recipe book as a guide, and I’m ordering a paper copy for my bookshelf to pass down to my son and his family early so they will have something valuable they can apply to their lives… to help them live a healthier and peaceful life, earlier in life. I loved the vibrant colors and the easy recipes with the valuable informational content on why and how to live vegan and raw.

I’m so excited to have completed the Raw Vegan Coaching Certification Course. I have learned so much and I appreciate your patience and understanding throughout the process. It has been a great honor to be your understudy. THANK YOU. Im so glad to have you as my coach. I’ve learned so much from you about health and wellness. Thank you for trusting me to be one of your students.

Thank you immensely for everything Karen, you are an amazing person!

From one of Karen's private coaching clients: 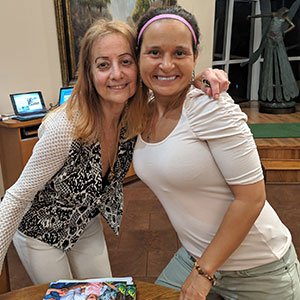 When I started working with Karen, I was absolutely obsessed and attached to food, especially large quantities of food. I was an emotional eater and used animal products and processed foods to anesthetize myself from feeling my emotions. After working with Karen for 3 months, I have experienced such amazing transformation in my eating, more than I thought possible for myself. Not only did I become 100% vegan (mostly raw), but slowly but surely I have let go of my attachment to food.
Karen helped me transition to a vegan diet so that I never felt hungry or deprived. She listened to me without judgment and never belittled or reprimanded me when I fell off the wagon. She kept encouraging me and believing in me and that made all the difference. She offered so much love and wisdom, more than I signed up for. I definitely feel like working with Karen is worth every dollar, because I have more of myself back than I ever have.
Thanks so much!
Read More About the Course